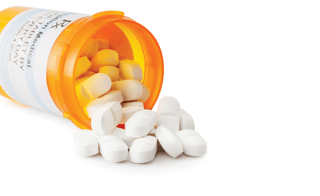 Last month, a downtown Kelowna Pharmasave was robbed by a thief demanding prescription drugs and indicating he had a concealed weapon. The suspect was subsequently recognized and picked up by RCMP officers based on images recorded with security surveillance cameras.

Last year, the Pharmacy Association of Nova Scotia reported a jump in pharmacy robberies, and the trend was seen across Canada. The chair of the Canadian Pharmacists Association, Alistair Bursey, told CBC News, “It’s a problem that’s been going on across the country for the last few years.”

"What we're seeing is that there's two avenues [to get narcotics]. One is violent robberies against pharmacists, which is a very, very big concern of ours. The other issue is the illicit opioids just gripping Alberta, B.C. … These are illicit substances that a lot of the drug dealers are buying online from China," said Bursey.

Opioids are commonly used as painkillers and they have a reputation of being highly addictive. Addiction to opioids is driving robberies, and the RCMP has acknowledged that people with go to any lengths to obtain these drugs.

People rob pharmacies because either they are hooked on the substance and can’t get it anywhere else, or they intend to traffic it to an addict. Oxycontin and fentanyl are the most sought after drugs by criminals.

These crimes are violent and truly frightening. Crime statistics show that weapons are used in 92% of pharmacy robberies. In the case of a Nova Pharmacy robbery, the staff member had a knife held to her neck while the thief demanded the narcotic safe be opened. He made away with $3,000 worth of drugs and the same pharmacy was robbed a month later. Full Story

Pharmacy owners have been updating security by installing panic alarms and automatic locking doors to prevent unauthorized access. In response to what is a growing epidemic, many pharmacies are installing time delayed safes which prevent access for 5 minutes when opened.

DrugSafeBC requires all community pharmacies to store drugs in a time-delay safe and put signage at entrances. BC is the first Canadian jurisdiction to establish security requirements for community pharmacies. Time-delayed safes are considered a deterrent because the criminal wants to get in and get out as fast as possible, and waiting 5 minutes for the safe to open increases the chance of getting caught.

Video surveillance, time delayed safes, and restricted access, are all part of a robust pharmacy security system, but the best way to approach security, especially when weapons are likely to be used, is with a fully integrated, 100% monitored, Sonitrol security system.

Our Sonitrol security specialists are experienced with evaluating an existing pharmacy security system and will make recommendations on all elements of security. A video surveillance system will record a robbery, and that footage can sometimes be helpful in picking up a criminal down the road, but it doesn’t bring law enforcement to your door faster.

SonaVision, fully monitored video – adds the element of real-time security monitoring from our monitoring staff. On activation from a panic or hold up device video and audio are sent to our monitoring staff who immediately contact local police and request a prioritized response to an armed robbery. As the Sonitrol operator is watching and listening to this robbery in real time they are able to provide up to the moment information to Police who can stand down and wait for the robber to leave the facility and be arrested outside. This eliminates the possibility of a hostage situation developing.

Pharmacy security is obviously a prime concern for owners and pharmacists and requires state of the art, reputable technology that is the best in the industry.

If you own a pharmacy, you probably need help designing a security system and choosing technology. Don’t put it off. Drug related crime is not going away, and we are experiencing an increase, Canada-wide in robberies to obtain highly addictive prescription drugs sold at retail pharmacies.

Sonitrol Western Canada, with its Verified Electronic Security Systems, is committed to providing customers with the most comprehensive security protection.  Cooperation in the elimination of false alarms is not only beneficial to the system’s user but results in better protection of the entire community by allowing law enforcement to use their resources as efficiently as possible.